TV9 Bharatvarsh is a free to air 24-hour national news channel broadcasting in Hindi. It was launched on 31st March 2019 and operates from Noida, Uttar Pradesh.

TV9 Bharatvarsh also won the slot in 42nd e-auction and it will be available on DTH platform 1st December 2019. 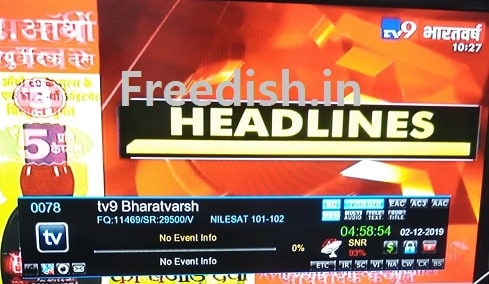 Know TV9 Bharatvarsh Frequency and Channel no. 50 on DD Freedish -


Here is the list of total list of TV channels that got the space on DD Freedish DTH.