Satellite radio is a digital radio broadcast from the GSAT-15 satellite that can be heard over a much wider geographic area than a local FM radio station.

Suppose you live in a remote village in India, then you may not get local FM signals there. Yes, MW (Medium Wave) and SW (Short Wave) broadcasts are definitely available, but the quality is the same old-fashioned. But you can get satellite radio in every corner of India.

Satellite radio was introduced in the early 2000s by the Atal Bihari Vajpayee-led NDA government with DD Direct Plus, later known as DD Free Dish, later launched in 2004.

After being revamped under the Narendra Modi-led NDA government, the platform has grown exponentially in recent years.

In this, you will find commercial radio, FM radio, and AIR radio as well as interactive broadcasts.

How to get satellite radio in India? 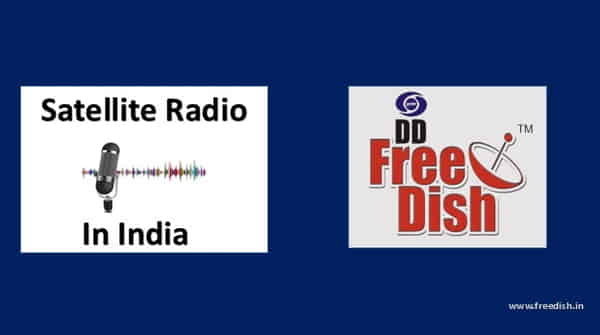 How does satellite radio work?

The satellite radio receives signals from the GSAT-15 satellite which is located at 93.5° East.

What is the advantage of satellite radio?

The signal that satellite radio receives is digital, which means you'll get crystal-clear sound wherever you go.

How did satellite radio get started?

The beginning of satellite radio in India was started by Shri Atal Bihari Vajpayee (NDA Government) on 16 December 2004 with DD Freedish.